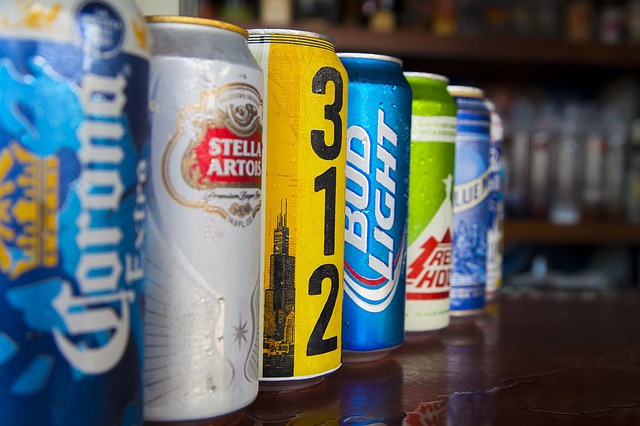 Women are changing the alcohol industry in Chile!

Having a drink is a highly social thing in Chile and the Chileans don’t need an excuse to have a glass or two! The Chileans’ alcohol consumption has remained stable over recent years, at around 3.3 litres per capita.

Whereas many people certainly associate Chile with amazing wines, the absolute star performer in the Chilean alcohol market is actually…  Beer! The consumption of beer rose 17% between 2008 and 2013. Until just a few years ago, beer was primarily a summer drink in Chile, but it is now consumed all year round.  Craft beers are becoming especially popular among Chilean consumers in particular overseas craft beers.

As disposable income increases in Chile, premium beers and new brands are doing increasingly well – one example is Corona which has become one of the most successful premium imports. The premiumisation (and diversification) of beer gains a foothold in the Chilean market as beer enthusiasts prowl the market for new beer experiences. Examples of UK beers doing well in Chile are: Old Speckled Hen, Hobgoblin, Theakstones and Abbot Ale.

Chilean beer producers have long spotted the trend and expect the market of premium beer to grow alongside Chile’s strengthening economy. Despite the growing interest in international beer, local beer producers are not to be underestimated! Chile is in the midst of a beer boom with flourishing sales of both international as well as local beers which have, as a side effect, revealed an interesting social trend: female consumers are changing the Chilean alcohol market.

As the Chilean economy has improved dramatically over the last 2 decades, Chilean women have become a large part of the workforce. As Chilean women work more and become more independent, a noticeable shift in alcohol consumption has been seen.

“Indeed, the consumer market as a whole has changed due to women’s independence; the last seven years has seen more women than men entering university and in Chile a higher education is directly linked to higher disposable income and thus the ability to make consumer decisions.”

As previously mentioned, Corona has proved to be extremely successful; in fact its double digit growth is mainly due to women consumers! Not only are Chilean women big fans of lager but also sparkling wine has seen a comeback and has enjoyed double digit growth since 2010 as more places introduce happy hours and other events aimed exclusively at women.

Sparkling wines will play an important part of growth in the wine industry as demonstrated by the steep increase of producers in the past decade. Only five brands offered sparkling wine 10 years ago compared to over 40 different domestic brands nowadays and we will probably continue to see even more entrants in the future. Sparkling wine along with increased consumption of premium still light grape wines are two categories dominated by the female consumer.

Last but not least, Chilean women have also become the shakers and movers when it comes to stronger spirits as flavoured vodkas will drive sales of strong liquors and other Ready To Drink (RTDs) products. The Chilean alcohol industry has long recognised that overall positive growth will depend on the stability of the female labour force and increasing disposable incomes. One product that still has not gained a solid foothold in Chile is cider. It is not a common drink and is not well known amongst Chileans.

“Fitting the profile of being a light, sparkling drink with both dry and fruity variations, it is strongly believed that cider will be received very well in Chile. UK companies producing cider should strongly consider the Chilean market.”

Although foreign liquors are more accessible to Chileans, the most favoured spirit is the national alcohol Pisco made from grapes, in 2014 it accounted for 49% of all spirits total volume sales. Thus any companies offering products and services that can optimise the process of making pisco, from water and energy efficient solutions to mechanized labour processes when harvesting grapes, are in high demand in Chile.

Chile is an interesting market for the alcohol exporter as its consumers love new experiences and are always ready to try new products. This combined with Free Trade Agreements ensuring that products falling under the EUR 1 classification can be imported tax free from the EU, make Chile an ideal starting point in Latin America for alcohol exporters – Chile is Latin America for beginners.

If you would like to know if your products or services are suitable for the Chilean market, please feel free to drop us an email: business@britcham.cl