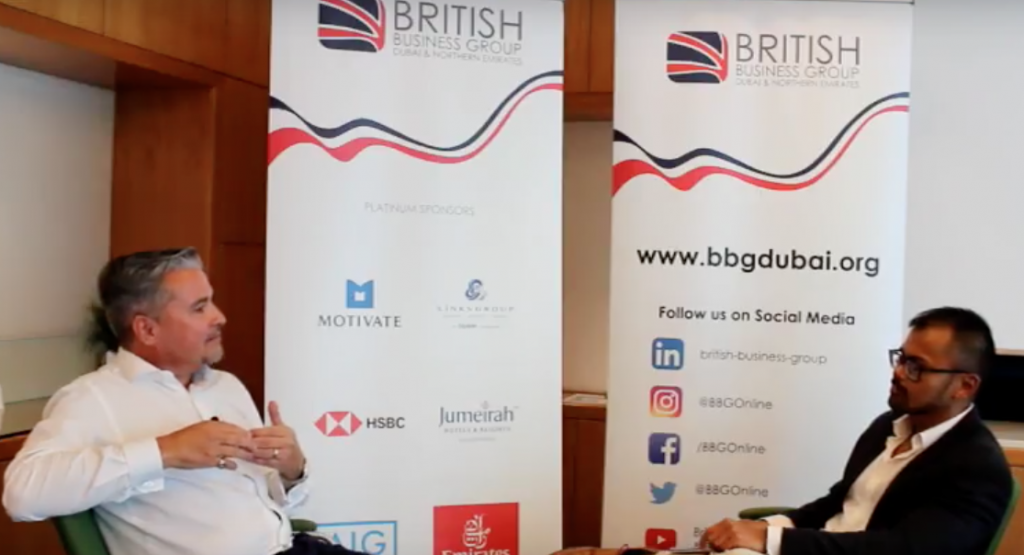 Over 5,000 British companies operate in the UAE, such as BP, Shell, Rolls Royce, HSBC, BAE Systems, Mott McDonald, John Lewis, SERCO, and Standard Chartered. There have been 779 commercial agencies and 4,762 British brands whom have invested in the UAE, according to the UK government website.

The attractive weather, lifestyle and historical ties potentially attracts the British to the region in the first place. Both as expats and also as tourists, the UK is heavily represented. As expats there are around 120,000 UK residents (at its peak there were estimates the figure was almost 250,000). In 2016 1.25 million UK citizens (out of a total of 14.9 million people globally) visited the UAE.

Dubai – a leading global player and a city of opportunity

Dubai has solidified itself to be a global leader amongst a variety of industries – from transportation and logistics to construction to tourism, and increasingly, high tech and knowledge-based industries. For instance, it aspires to be the leader in blockchain. Let us not forget too that Dubai is also preparing for Dubai Expo 2020, where it is planning to host around 25 million visitors from across the globe over the span of 6 months when it commences on October 20, 2020. The World’s Fair, or commonly known as the expo, is the world’s largest gathering of people.

For a city that is now rivalling established global hubs in some sectors (and aspiring to be a hub for even more), Dubai, as mentioned before in regard to the wider UAE, generally has much interest and appeal to British exporters and expats. However, navigating what many now argue is not only a regional hub but a global hub, it can be both intimidating and difficult to make new contacts – both professionally and personally.

A British Business Group (BBG) is essentially an association or club of expatriate British business people, however it can include local and other nationalities working for firms that represent British goods and services or promote British exports. Aims of the group mainly are to encourage international trade with the host country, as well as to provide a social environment for business networking.

For anyone new or looking to expand their professional and personal network in Dubai can be a challenge. Dubai is a global city built on the dreams and aspirations of many. I interview the chairman of the British Business Group of Dubai and the Northern Emirates, John Martin St. Valery, to understand a bit more on how they are a strong part in the British export ecosystem.

For more information and support on doing business in the Middle East:

More information about Doing Business in the UAE

Check out the Institute of Export & International Trade’s Doing Business guide for the UAE.