Going Global preview: Exporting to the USA with Richie Santosdiaz

In our buildup to Going Global Live this November, we talk to some of this year’s keynote speakers about the areas of exporting they will be presenting on at the show. We have access to limited free tickets for the event, so make sure you don’t miss out and register for yours by clicking here.

The London Olympia will host once again Going Global Live this November on the 16th and 17th. This will be the biggest overseas business exhibition to have taken place on UK soil and some of the new additions to this year’s event include Richie Santosdiaz from ‘Young American Expat‘, who’s going to share with you some tips on making it big in the states. 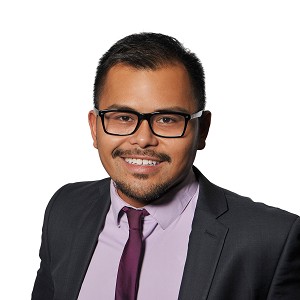 What is the Young American Expat project and what will you be talking about at Going Global?

As a day job, I am an expert in economic development, with a focus on international trade. This is mainly with a London-based management consulting firm, where I have worked with various governments and multinationals on export strategy, capability development – to name a few. I have always worked from a global context, especially the past few years in this role, using my adopted home of London and mainly working with jurisdictions in Europe, North America and the Middle East.

At Going Global I am looking forward to sharing my knowledge of working with new and experienced exporters by speaking at my seminar called “Doing Business In The World’s Largest Economy: The USA.” Many in the room will be interested in understanding how they can tap into the USA market and I will be sharing key strategic points for anyone new to the US market. In addition, I will be giving a brief overview of the various support mechanisms that potential exporters mainly based in the UK can utilize.

On a final point, I am an American expat living in London, so I am familiar from also a culture point of view the differences between how to do business in the USA and Europe, particularly with the UK. Apart from my day job, I am also an adjunct university lecturer, a thought leader in my field, and the founder of Young American Expat. Young American Expat is the digital showcase of the lives of the 9 million Americans living abroad, highlighting the stories of those who are currently abroad in their 30s and 20s, as well as those who no longer are “young” but have since established themselves to be successful Americans in their respective fields overseas.

What is the market for UK exports in the USA?

America is the world’s largest economy, worth around $18.5 trillion USD in 2016 in terms of GDP (China is second at $11.2 trillion USD). The USA is a leader not just in the global economy but highly regarded in many sectors as an innovator and for fostering entrepreneurship. This is evident in sectors like tech, life sciences, and higher education, where the USA has built various ecosystems that the rest of the world not only admires but priorities with respect to international business. These include Silicon Valley with respect to tech, world renowned institutions like the Mayo Clinic for healthcare and life sciences, and being home to some of the world’s most prestigious universities like Harvard and Yale.

The UK and the USA have strong cultural and business ties, stemming from before the USA became an independent nation. Both countries share a similar culture and have a common language. Even today, the USA represents the UK’s largest trading partner (if you do not count the EU countries collectively). This is evident across a wide range of sectors that the UK exports many of its goods and services to. For instance, the UK and the USA are home to the world’s only two Alpha ++ cities (cities most integrated with the global economy): London and New York City. Both cities in their own right are world renowned leaders across a wide range of industries – this includes the financial, fashion, retail, media, and professional services sectors.

Because the USA continues to be the world’s largest market, home to innovation in a variety of sectors, and a source for much of the world’s access to finance in some sectors (particularly in tech and life sciences), many entrepreneurs see the USA as not only access to a market of 325 million people who live in the USA but also a launchpad to the rest of the global market.

Has the trading climate or feeling changed for businesses selling into the USA over the last year or so? Has Brexit affected how Americans feel about the UK at all?

2016 was an interesting time in the global market, as many were caught by surprise with the UK with the Brexit vote and the USA with the election of President Trump. With respect to the UK, because of the uncertainty in a post-Brexit world, a noticeable effect of Brexit has been the fall of the pound. This has made British goods and services cheaper than it was before Brexit; this has helped with British exports in the present term, as the UK currently has a trade deficit. For many markets, which include the USA, doing business with the UK at the moment, given the value of the pound, has been much more attractive.

For the UK, a market like the USA might be more attractive than before, especially if Brexit happens and doing business with the EU might be harder. This is assuming if there is no customs union nor special trading relationship. UK even after Brexit has attracted major foreign direct investment (FDI), such as with new offices and/or expansions of American companies in the UK such as Google, Snapchat and Wells Fargo. In its own right, the UK is still the world’s 5th largest economy. And if NAFTA gets renegotiated or even scrapped, American exporters may find it harder to do business with Canada and Mexico, which might make other countries like the UK more appealing.

What tips would you give for UK businesses selling into the US?

Make sure you register here for free tickets. If you are interested in exhibiting at this influential event, contact Event Director Simon Chicken on 0117 929 6091 or simon.chicken@prysmgroup.co.uk