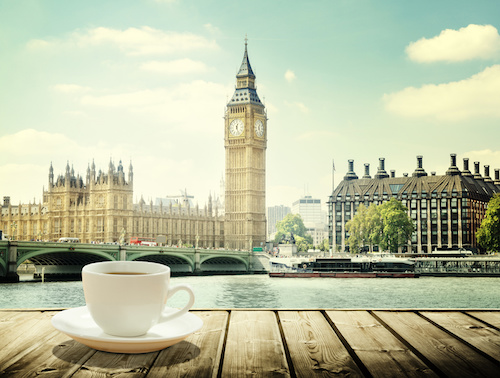 Food & drink: an exporting success story, but where to next?

6 years ago
William
Food and Drink

Food and drink exporting is a British success story. Exports of food and drink grew to a record £20.2 billion in 2016, with a 2% annual growth rate over 2011-2016. And this trend has accelerated in 2017 as demand for quality British goods has strengthened and the weaker pound has helped make UK exports more competitive.

Yet, despite this success, only 20 per cent of food and drink manufacturers currently export. With Brexit approaching, the EU also remains the largest export destination. Though its share has declined from 64% 2011 to 60% in 2016, as exports to other regions have grown at a faster rate. Asia and Oceania remain the second largest export region, closely followed by North America – each accounting for around 13% of total exports.

Which countries do businesses want to export to and what’s stopping them?

FDF recently commissioned a study on the economic contribution and growth opportunities of food & drink manufacturing, which made for interesting reading on exports. Food and drink manufacturers see the greatest export potential in EEA markets given their proximity, historical ties and legislation harmonisation. However, rich markets with similar language and consumer dynamics (USA, Canada, Australia, New Zealand) could also provide an opportunity for export.

Beyond these countries, companies surveyed said that China, India and the UAE represented the main markets they would like to tap into. These countries’ popularity was based on their scale and the fact that they support a sizeable middle class target customer base, with growing demand for Western products. Yet companies identified several barriers to exporting to untapped markets. Barriers mentioned included: 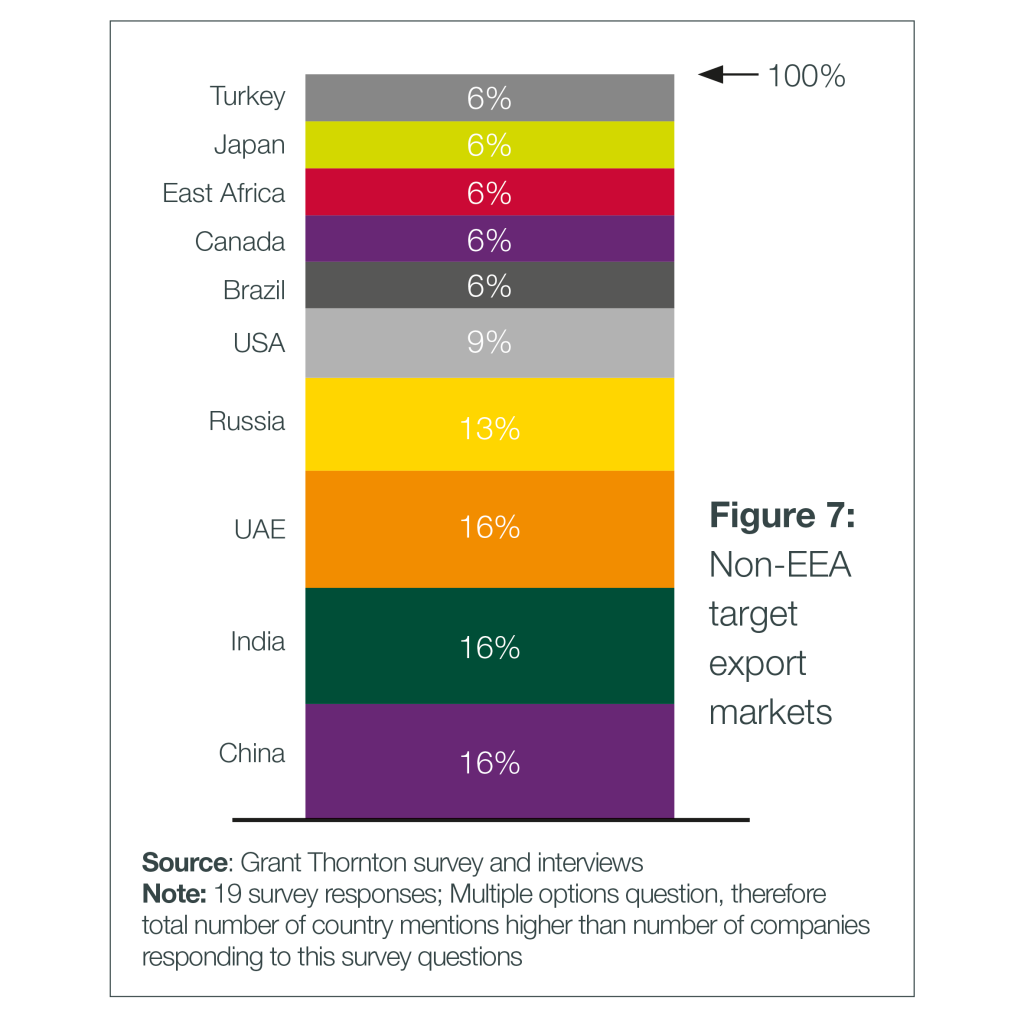 How can we boost exports?

To help turbocharge exports, FDF has called on Government to work in partnership with industry to scale-up its provision of specialist export support in food and drink. This would take advantage of increased demand for UK products overseas and the opportunities that leaving the EU is expected to create. Growing support for exports will help to exploit the huge untapped potential within our sector and take advantage of the growing demand for quality British products. This in turn will showcase the UK as a modern and innovative food tourism destination of choice across the world. 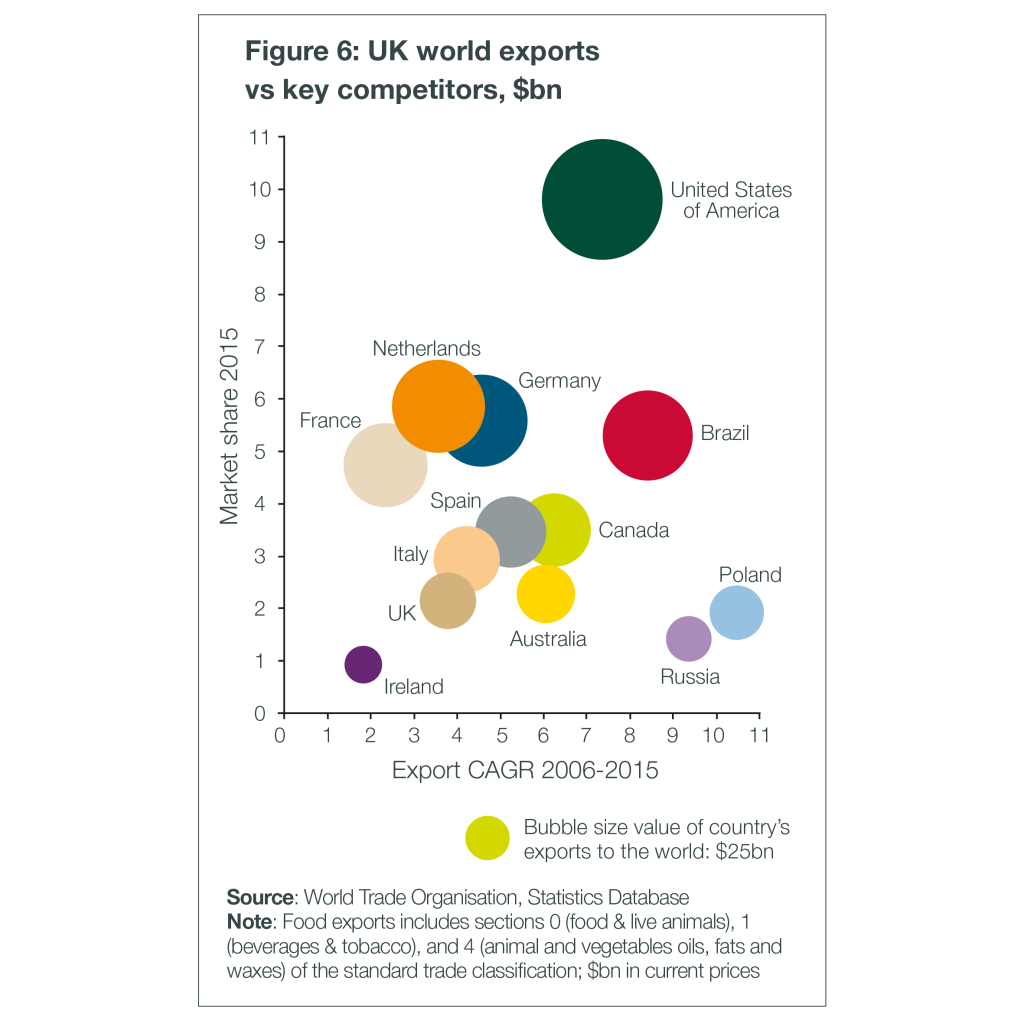