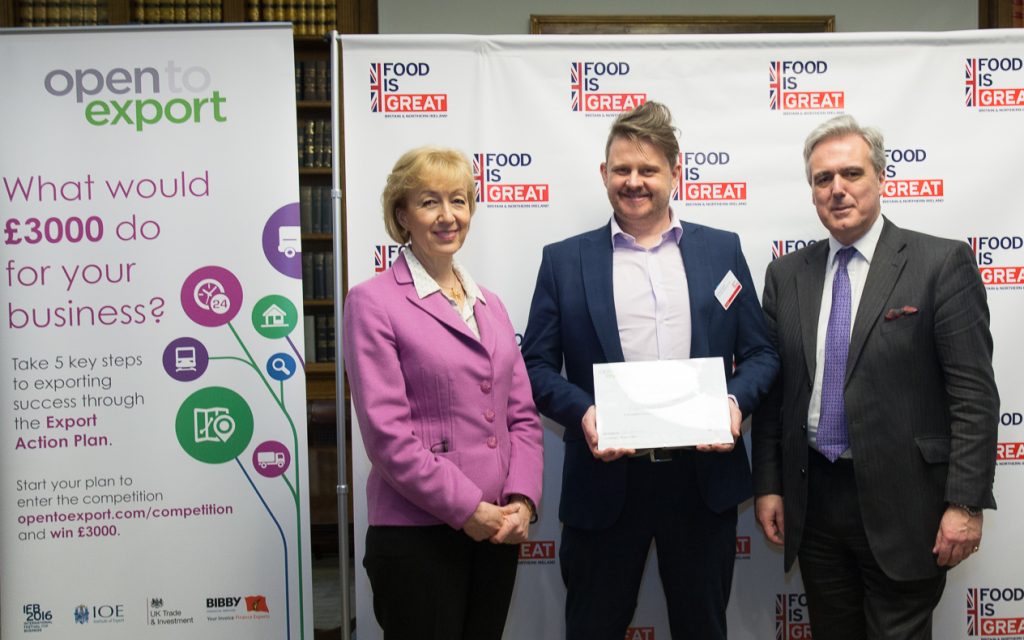 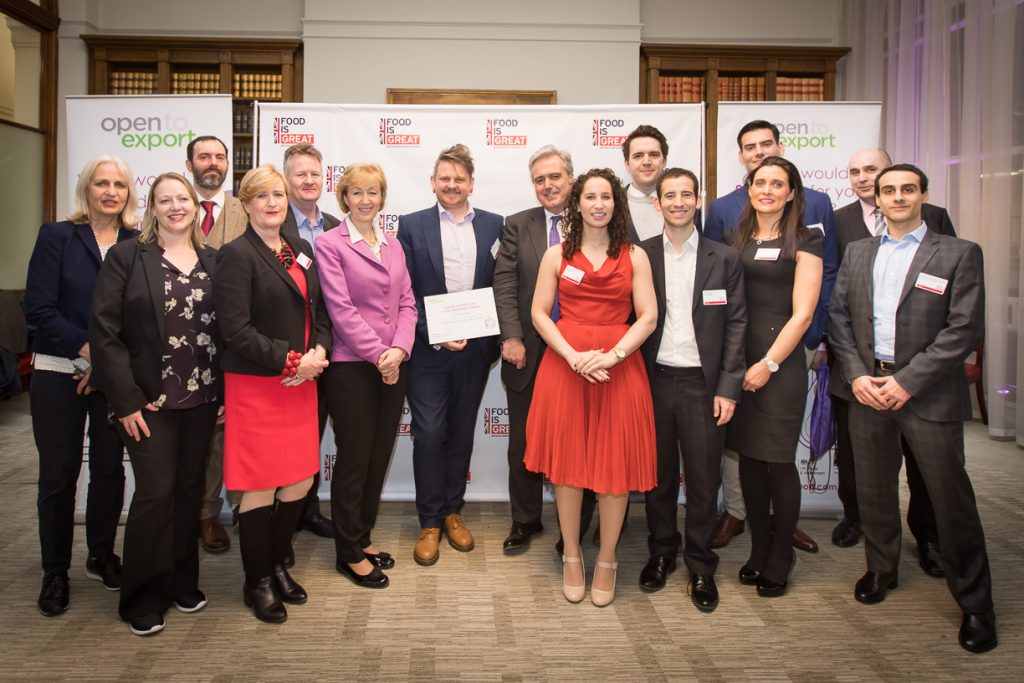 Sponsored by SDL Managed Translation, Heathrow Airport Limited, Yell and the Institute of Export and supported by DIT with the showcase final taking place within the #ExportingisGREAT Export Hub truck as part of IFE 2017 at the Excel Centre, the finalists, ranging from artisan bread makers to gourmet popcorn ‘poppers’, were invited to the final after submitting their Export Action Plans using Open to Export’s online planning tool.

In contrast to previous action plan finals the shortlisted companies all came from the same sector, but each had their own story to tell nonetheless.

The first business, Artisan Bread Ltd, kicked off proceedings speaking of their plans to create a new German website with the view to selling there for the first time – which makes sense given that their director Ingrid Eissfelt is from Germany.

Following them were First Chop Brewing Arm whose export journey has already seen them selling their gluten-free craft ales into Italy but is now taking them into Mexico and the Dominican Republic, with overseas distributors starting to pile up. Like many microbreweries, selling beer in cans, bottles and kegs, rather than by cask, has opened up plenty of opportunities for exporting, with MD Richard Garner saying “you can fill a container and the beer can go anywhere in the world.”

Gardener and Green Ltd, sellers of unprocessed cheese along with Somerset Deli, showed that the way into exporting can be multifarious and unexpected. CEO Derek Stride spoke of his experiences importing goods from China and how he wanted to use this experience towards exporting products from the UK back to China – his partner’s being from China should certainly help. Heavenly Tasty Organics, meanwhile, are already exporting to 14 countries and in 2017 are hoping to export to three more – one each in the Middle East, Far East and Europe.

Ormos Foods are at an earlier stage of their export journey but spoke of how the action plan has been a useful tool for thinking through their export strategies as they look to sell top quality Greek and Mediterranean food products to international distributors. Popcorn Shed are seasoned competition winners in the entrepreneurial food world but are nevertheless looking to build further upon their exports of gourmet popcorn to the USA, Canada, Denmark and Ireland.

It was a long day of presentations but the judges were gripped by this appetising collection of food and drink exporters on show. As the day wore on SWIG Flasks and The Lakes Distillery had the unenviable late afternoon slots but neither disappointed with their stories. In the case of SWIG Flasks, the judges were informed of how completing the export action plan had already helped the Northern Ireland company to increase its exports to the USA by 200%, while The Lakes Distillery hope to do something similar with ambitions to grow their exports of gin from around £100,000 to £3 million in just 4 years.

As the companies departed for the grand evening reception put on by DEFRA at the Foreign and Commonwealth Office, the judges had to choose from a varied but undoubtedly exciting selection of what UK food and drink will have to offer the world over the coming years. Although they had to eventually plump for one winner in First Chop Brewing Arm, each of the judges remarked that there were several worthy winners on show.

Richard Garner (MD for First Chop) collected the prize from Mark Garnier MP and Under Secretary of State for International Trade, onstage at a very special Food is GREAT evening reception with Andrea Leadsom MP and Secretary of State for Environment, Food and Rural Affairs congratulating Richard and all the finalists on their export plans.

Speaking at the event, Richard Garner commented that “It’s great to come to an event like this and meet all the different people involved. For the judges – big players in their fields – to sit there and smile and to have really listened to what you’ve said just gives great confidence to take the business further. It’s what it’s all about – having confidence.

The prizes included £3000 cash, a new website build and consultancy from Yell, two training courses from the Institute of Export, and a year’s membership at the Food and Drink Exporters Association. They also won, along with the other finalists, a £300 website translation voucher from SDL Managed Translation and a year’s small business membership at the Institute of Export.

Open to Export CEO, Lesley Batchelor OBE, said that “The plethora of ideas on show was spectacular and the way each company approached it was fantastic – it was very hard to pick a winner!”