How e-commerce is changing cross-border trade

This article from Tim Bailey, Director at Chamber International, was originally published in the Winter 2019 edition of World Trade Matters.

Technology is shaping the future of international trade. The global explosion in cross-border parcel shipments driven by e-commerce was one of the many subjects on discussion at this October’s World Trade Organization Public Forum, an annual gathering of businesses, academia, law firms and international organisations, held in Geneva.

Having a good website makes a business’ brand and products visible across the globe and can connect them with new customers from the most unlikely places, as Leeds-based Quality Bearings Online discovered a few years ago when they received a phone call late one night from the Netherlands Antilles.

The caller had found them during a Google search, and needed a specific bearing for a ferry that connected that person’s island with the South American mainland. The ferry had broken down, leaving a large part of the island cut off.

“We had the bearing in stock, agreed the sale and had the bearing with our customer within two days”, explained Simon Riley, managing director at the Leeds company, who, in 2017 were named PD Ports Northern Powerhouse E-commerce Exporter of the Year.

“At that point, we didn’t immediately think that exporting was the future, but the seed was planted.

“Fast-forward to today and we feel we are at the cutting edge of e-commerce by using geo-locating tools to ensure our customers get the right message at the right time. Our sales team use our website as their ‘silent salesperson’, the website attracts the customer in the first place and then they follow up and build relationships from there.

“Our whole team has fully bought in to exporting via our website.  We strongly believe in the social media side of the web working in our favour, so we have a full strategy based on Twitter, Facebook and LinkedIn.”

Simon concluded: “We are on an aggressive growth curve and this is simply down to being an e-commerce business.” 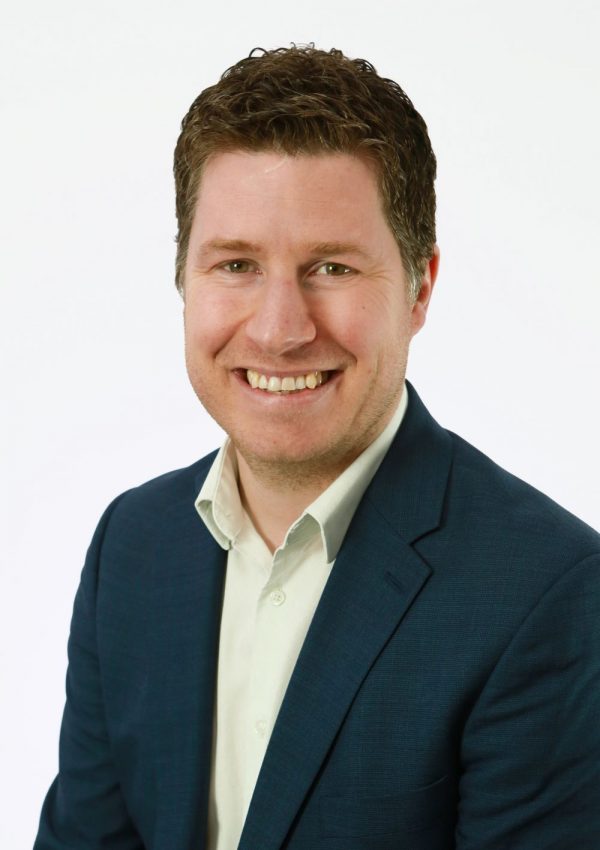 Small and medium-sized businesses are five times more likely than others to export using the Internet. E-commerce allows micro and small firms to appear big and established, enabling them to match larger business when it comes to geographical reach.

The growth in platform-enabled exporting is also allowing more firms to find their place in international trade, and has seen Amazon create ‘market places’ in 170 countries. eBay categorise ninety percent of their commercial sellers as exporters.

However, the use of e-commerce in exporting has created new regulatory challenges, and these are forcing policy makers to look at the need to update existing ‘bricks and mortar’ regulations, in order to create a more relevant trading system that bridges the digital gap.

The Geneva-based Global Express Association (GEA), which represents the three biggest fast-parcel carriers (DHL, FedEx and UPS, together handling 30 to 40 million shipments daily), has seen growth of 23 percent in the last three years. Border stoppages also rose from 12 percent in 2017 to 13 percent in 2018, equating to seven million additional shipments being snagged each year.

Not surprisingly, GEA are keen advocates of the World Customs Organisation’s Immediate Release Guidelines. These form part of the Revised Kyoto Convention, adopted in 1999, and allow for the use of a ‘de minimis’ regime and automated assessments to avoid delays to small-value, small-size shipments – delays that can often ‘choke off’ trade.

The Organisation for Economic Co-operation and Development (OECD) measures the degree of simplification and streamlining of border procedures around the world, to assist governments in targeting priority areas for reform. It aims to help increase trade flows and reduce trade costs by analysing various indicators including the level of automation, simplified procedures, charges, appeals procedures, governance, and impartiality at borders.

Chamber International’s advisors understand the ‘pain points’ and the issues that increase trade costs. We appreciate that trade rules need to be clear and predictable, and that exporters are not always in a position to maintain inventory to allow for unexpected issues arising from changes to the rules.

The easier we make it to export, the more accessible trade becomes in this new era of micro-entrepreneurs exporting from their kitchen tables.

To help governments improve their border procedures, reduce trade costs, boost trade flows and reap greater benefits from international trade, OECD has developed a set of Trade Facilitation Indicators (TFIs) that identify areas for action and enable the potential impact of reforms to be assessed. Estimates based on the indicators provide a basis for governments to prioritise trade facilitation actions and mobilise technical assistance and capacity-building efforts for developing countries in a more targeted way.

The OECD indicators cover the full spectrum of border procedures for 163 countries across income levels, geographical regions and development stages. 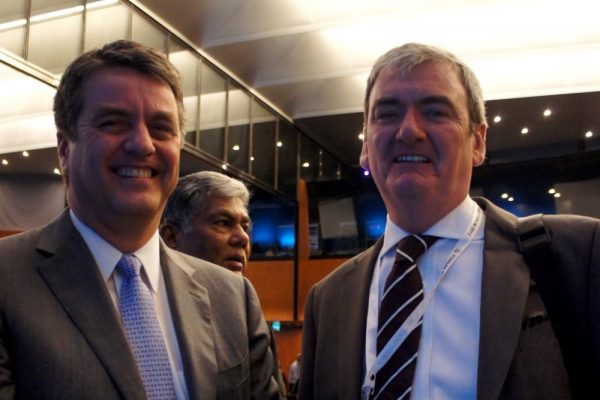 The article author, Tim Bailey, with Roberto Azevedo, Director General at the WTO