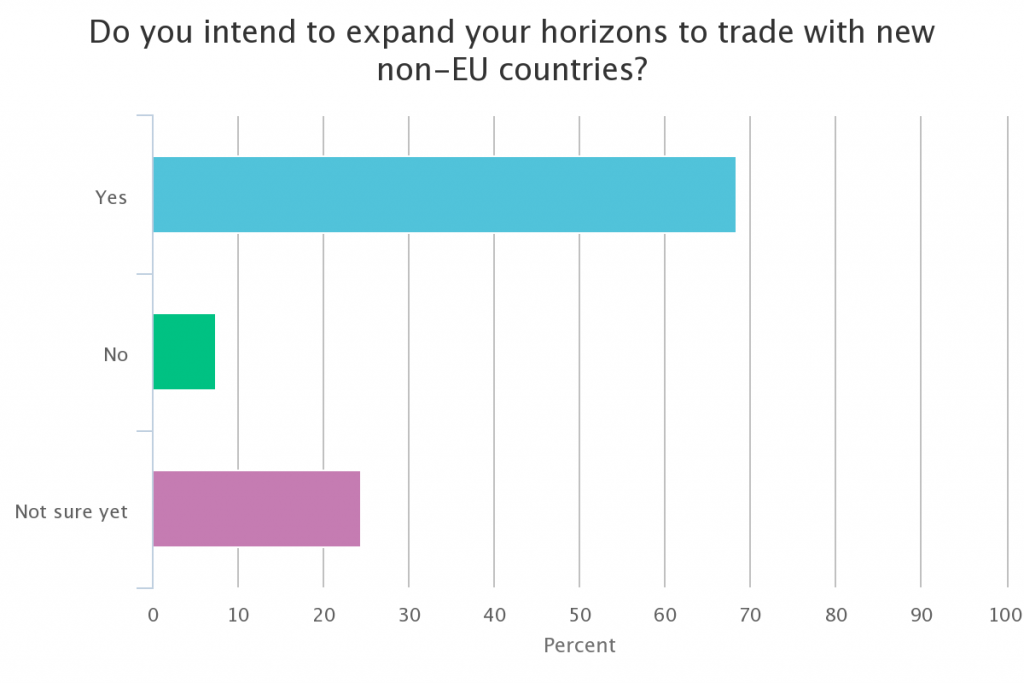 As part of our recent webinar on what UK exporters need to know about Brexit in 2017, we polled our audience (mostly made up of UK SMEs) to gauge their confidence about exporting into the EU and beyond following recent developments in the UK’s stance regarding Brexit.

In the second question we asked ‘Do you intend to expand your horizons to trade with new non-EU countries?’ Perhaps backing Theresa May’s prediction of a more global Britain following Brexit, just under 70% said they would be, with around 25% undecided.

Following these findings, Open to Export will be hosting the ‘Beyond the EU’ webinar series for the new Global Britain. We will be covering Russia and both North and South America in the series, following our recent webinar on markets in the Commonwealth.

Please do have a look at our blog post on the Beyond the EU series.